Eidus was inspired to start PupPod in part because of his experiences as a first-time pet owner. Among other things, he learned that dogs are a lot smarter than he thought. “I didn't really know a lot about dogs, and I was watching TV and a lot of times my dog would bark at dogs or other animals on TV,” he says. “And then, one day a cartoon dog comes on and he starts barking at it, which just made me realize there was a lot more going on in his brain than I was giving him credit for.” Eidus thus set out to create a more interesting, challenging toy than the usual rubber and plastic contraptions that line pet store shelves.

He also figured that if children can benefit from and be entertained by electronic gadgets, dogs could, too – if someone would invent such a device specifically for them. But at the time, no one had. “It just clicked for me that this didn't exist for pets and for the dogs in our life that are also family members,” he says. “Part of the goal of PupPod is to use software and technology to build better products to give pets a better life [and] better experiences. We can modify behavior with positive reinforcement through technology.”

The PupPod is a combination of a mobile app, an electronic treat dispenser, and an electronic toy controlled by the app. Through trial and error, a dog learns that he will get treats if he touches the toy after a sound plays. The owner can make the task harder by, for example, requiring the dog to distinguish between a sound that dispenses a treat and one that doesn’t.

“A lot of our customers are using our product to keep [their dogs] busy, especially when they're out of the home,” Eidus says, “They don't want their dog to be sitting at home bored or getting into trouble.” He says the toy is also great for entertainment when you’re in the house but don’t want to be disturbed. “It's a fun game that also has a lot of real benefits for the animal,” he says. “So I'm pretty excited to see how much pet parents are actually using the product. In fact, we've dispensed [treats] over 1.2 million times, and this is with just a couple thousand customers. The numbers scale in a mind-blowing way when we start getting into higher volumes.”

In addition to disrupting the dog toy industry, Eidus has his sights on a larger goal: to get other dog toy manufacturers to “realize that they're selling flip phones in a smartphone world” and start creating their own Wi-Fi-connected toys. If that happens, PupPod could be the platform that connects all those devices. “In a decade, the idea that people are still going to be buying pieces of plastic and plush toys to me seems ludicrous when we can bring technology and so many other benefits,” he says. 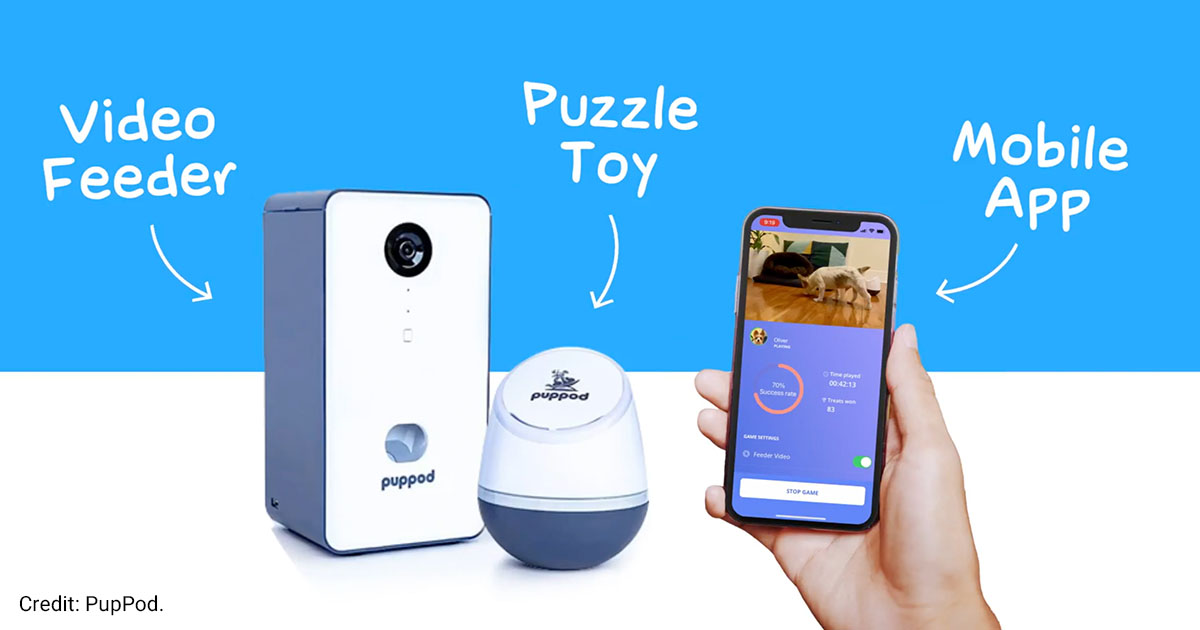 Don’t Be Afraid of Failure

Eidus admits that quitting his job as a consultant to found a startup was a little scary. Although he doesn’t regret the decision, it wasn’t an easy one. “Switching from a consulting business where you're getting paid for projects upfront … to working in a startup where you're building a product and you really don't get paid until you sell the company, that was a bigger shift, a bigger challenge than I realized,” he says.

He doesn’t pull any punches when it comes to the risks inherent in a startup. “I would definitely caution people that if you've got a good gig and you've got a good paycheck, really be careful what you're walking away from because you're got to be prepared to take a major financial hit and a time hit to make an entrepreneurial business successful,” he warns. And because most startups fail, you have to make peace with that probability from the start. “Otherwise, if you're only okay with it if you succeed, you won't get any sleep, you'll be constantly stressed, and you still may fail and regret it.”

The upside, of course, is the opportunity to create a product or service that makes the world just a little bit better. “There's something rewarding about spending your life and your time inventing something you're passionate about,” Eidus says. “And if we are successful in this ... this is one of those things that I'll look back on … where I had an idea, and I had a conviction in my idea to both go down this path and to pull it off.”