The positive news is that the historic fatality rate for startups of 85% to 95% in the first five years has dramatically improved, she told Startup Savant, so now just 30% don't make it past that incubation period. The reasons include more opportunities for new leaders to get the needed skills, a greater pool of investors, and technology that makes it easier to compete with the big boys.

The negative is that only 30% of firms that are in business ten years or more are ever able to be sold, according to the US Bureau of Labor Statistics. It's counterintuitive: wouldn't more experience make companies smarter and more valuable?

"What actually happens is that as businesses mature, they get complacent, stop innovating, and don't keep asking customers what they could do to make it easier to do business," said Seiler Tucker. "In retail they didn't adapt to what Amazon, Walmart, and Target were doing to make it simple for consumers to look at products, check reviews, and have something delivered or ready for curbside pickup until COVID. Most stores had poor customer service and people thought, why bother?"

But for those who do try to serve the evolving needs of their clientele, have the financial resources, and are experts in their industries, why are most still unable to find a buyer when they want to sell, whether it is one year after founding or four decades later?

"There are two fundamental problems, the first being that too many don't plan their exit until there is a catastrophe, internal or external, like a death in the family, divorce, cancer, a fire, or a virus," she said. "When your company is heading downwards because of turmoil, it is only going to appeal to turnaround specialists interested in distressed assets and they aren't going to pay top dollar."

But the other problem is that most business owners really don't know their financial details and they think their companies are worth a lot more than they appear to be to a potential investor, she asserted. Their CPAs are also often not savvy about what a potential buyer may want to know.

"Business owners will have their car tuned up on time and go to their doctor for an annual checkup, but they don't have an independent expert regularly assess the health of their company," she said. "Then they try to sell it themselves, but because they aren't informed or realistic and are in a panic, they don't find a buyer in time and are likely to just have to go out of business. If they've co-mingled their personal funds with the company's, which is common, they may even have to declare bankruptcy."

The Challenges of Buying or Selling a Business

What every entrepreneur should be doing is planning to build her or his company from day one in a way that when they want or need to sell, they can retire comfortably or go on to their next passion project.

"Create the successful exit for the right buyer right from the beginning by paying attention to the six Ps: people, product, process, proprietary, patrons, and profits," said Seiler Tucker. "You need to think in detail about who will be in charge of every aspect of your company and whether your products are going to be in demand for a long time without radical changes. Process is overlooked, the entire system from manufacturing to the customer experience. Proprietary means what do you have that is protected or will help build the brand value. Patrons refers to turning casual customers into loyal fans. Profit is the measuring stick by which you know how well your business is and whether it will be seen as very valuable to the next owner."

Seiler Tucker understands the long and bumpy ride from a struggling startup to an appropriate payoff for years of exhausting work. She was a top sales rep at Xerox who was promoted to manage other high-volume salespeople. She quickly found that being great at sales and having the ability to manage 80 big egos were different skill sets and began looking for a franchise to buy instead.

She found a small franchisor who was excited to actually make her a partner, but in a few years, she realized it was unable to fulfill its agreements for providing support to franchisees. She left to form her own mergers and acquisitions firm, Seiler Tucker Inc., which it has put together hundreds of sellers and buyers successfully since then.

She brought in Lechter, a CPA, entrepreneur, and author of 14 books in the “Rich Dad, Poor Dad” series, as co-author for her perspective on the many issues from her own extensive experience.

If you recognize that the odds of long-term thriving for a startup are long and prefer not to start from scratch yourself, you should consider buying something that is past the roughest part of the road. However, don't try to do it on your own, they warn. Their 300-page book should be enough to wake up any entrepreneur from the delusion that he or she can buy or sell a business without a professional advisor. Too many "business brokers" do not have experience or hands-on understanding of owning a business to do it right, they write.

"I've never closed a purchase without there being significant problems along the way," said Seiler Tucker. "Half of the deals fall apart during the due diligence."

First-time buyers rarely really know what kind of business they even want to be in and are often naive about how much money, time, effort, or expertise is involved in running their own company. "I've had many tell me they wanted to buy a restaurant because it seemed like it would be easy," she laughed. "I screen for buyers who have a very powerful 'why' they are motivated to change careers because if it is not strong enough, they will fail."

Are You Ready for the Marathon?

A few of the questions they underscore about the very rigorous process both buyers and sellers need to go through for a successful conclusion:

One side may do better at making a deal because it is more experienced at negotiation, a rare skill, but it can be trained before it is needed. "Successful negotiation is 80% preparation and successful negotiators see these discussions as opportunities for both sides to win," said Seiler Tucker.

Right now, Seiler Tucker has more buyers for quality companies than those that are for sale. The buyers are willing to pay well for healthy, profitable firms they see as having special potential.

Strategic buyers and competitors are looking for synergistic assets to catapult them to the next level, such as patents or a database that can be retargeted. Private equity firms seek platforms or add-ons for their existing holdings.

She said that to create a bidding war among her pool of 28,000 potential buyers to get the price up for clients who are selling generally requires having an EBITDA (Earnings Before Interest, Taxes, Depreciation, and Amortization) of at least $1 million ($3 million would definitely attract a lot of attention).

Seiler Tucker is offering StartupSavant readers a pre-publication package deal through a dedicated site https://exitrichbook.com/, which enables them to purchase the hardcover at a discount for $24.79, postage paid when it is out in January 2021, an immediate digital download, a lifetime membership in the Exit Rich Club, the opportunity to access training videos, content like sample employee handbooks, and a one-month membership in Club CEO, "for like-minded entrepreneurs who want to not only survive the pandemic, but thrive," she said.

One way or the other, if you read the book, you will be vastly enriched by the awareness of all the issues that differentiate the business winners from those that fail. 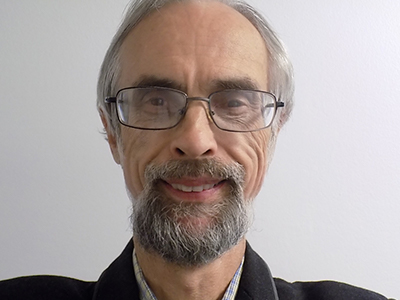