The State of the NA Market

In 2021, online sales of non-alcoholic (NA) and low alcohol beverages in the US alone saw an increase of 315% compared to a 26% increase in online sales of regular alcoholic beverages (e.g., beer, wine, spirits, etc.). Close to 15% of Americans participated in Dry January in 2021 — up from 10% in 2020. And in December 2021, there was another signal that the NA beverage movement was continuing to gather strength: over 40 US-based brands in the NA beverage space came together to establish the Adult Non-Alcoholic Beverage Association. Not surprisingly, the global market for non-alcoholic drinks is expected to reach 1.7 trillion by 2028.

Until very recently, sober and sober-curious consumers had few alternatives at bars and social gatherings like sodas, sugary mocktails, and eventually flavored sparkling waters. But sparkling waters don't always do the trick for those looking to stay sober after years of alcoholic consumption. In fact, that was the impetus behind the creation of NA beer brand HOP WTR — co-founder Jordan Bass initially tried swapping out his double IPAs for La Croix and non-alcoholic beers, but it just wasn't working. 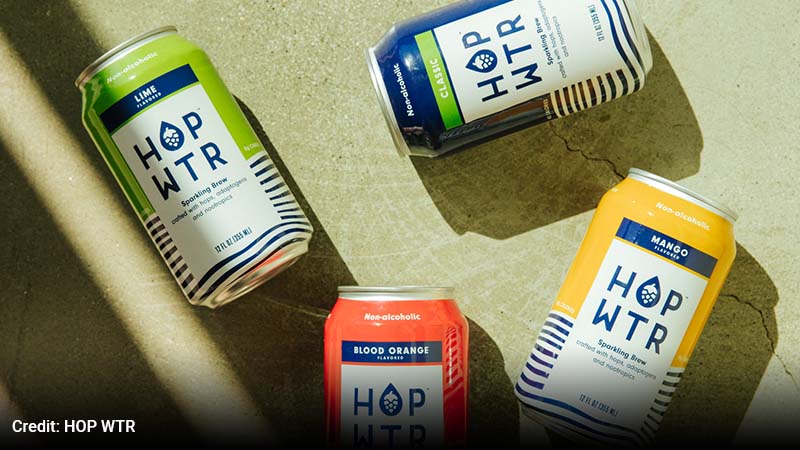 “I was training for a triathlon and found I was not burning my beer gut as much as expected. When my wife got pregnant, it put a spotlight on the fact that I was the only one crushing double IPAs on the couch at night and too many lagers on the weekend. I switched to La Croix but found they didn't fulfill that beer occasion for me, and traditional non-alcoholic beers had too many calories. Additionally, both removed the functional ingredient of alcohol that helped me unwind. When I could not find something on the market that was low calorie, had the great taste of beer and a functional benefit, I knew there was a hole in the market,” explains Bass.

HOP WTR's zero-calorie beverages attempt to substitute all the most important elements that any beer-lover might crave: sparkling water is brewed with a blend of commonly used hops and infused with adaptogens and nootropics – two ingredients that provide, respectively, a calming and brain-boosting effect to help replace that alcohol buzz.

Another way that brands are giving their drinks a little kick is with hemp. In Oregon, NA beverage company Aurora creates hemp-infused sparkling beverages when founder Victoria Pustynsky decided to focus on “just drinks, no confection or tincture.” Since its inception, the brand's product scope has evolved to include other medicinal plant-based beverages, including a hops-infused product. 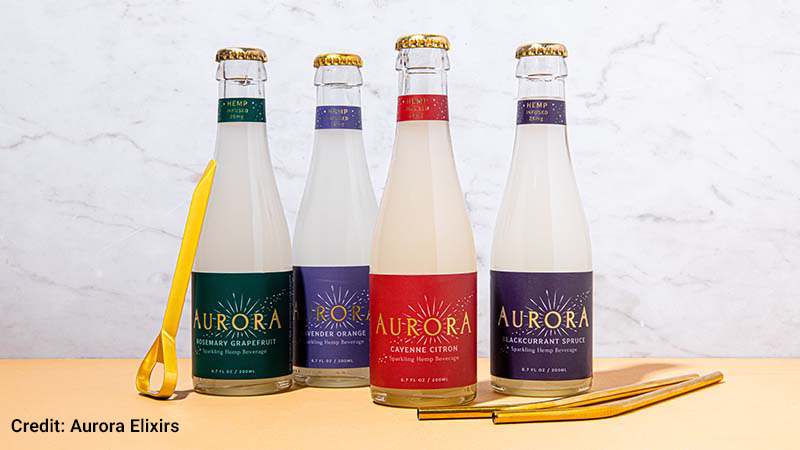 “We have seen a dramatic change in drinking culture … Today, stores have NA sets, and bars have NA cocktail lists. We often hear consumers say that they are grateful that Aurora makes them feel like they are not missing out on the occasion and prevent others from asking why they aren't drinking. I see this trend continuing: more alternatives to alcohol and lower ABV products along with the normalization of some cannabis consumption,” said Pustynsky.

Then there are other NA beverage brands that keep their focus on packing a serious flavor punch above all else. Mélanie Masarin, founder of NA beverage brand Ghia, had a desire to create a sugar-free, bitter drink based on her love for bitters and Italian amaros.

The goal was to retain the complexity of an alcoholic drink “without trying to mimic a specific spirit or buzz people in some way. We asked ourselves: how can we make a bitter that tastes like you make it with real plants and herbs picked from your garden? 37 iterations and 1,001 pours later, we did it,” Masarin said. 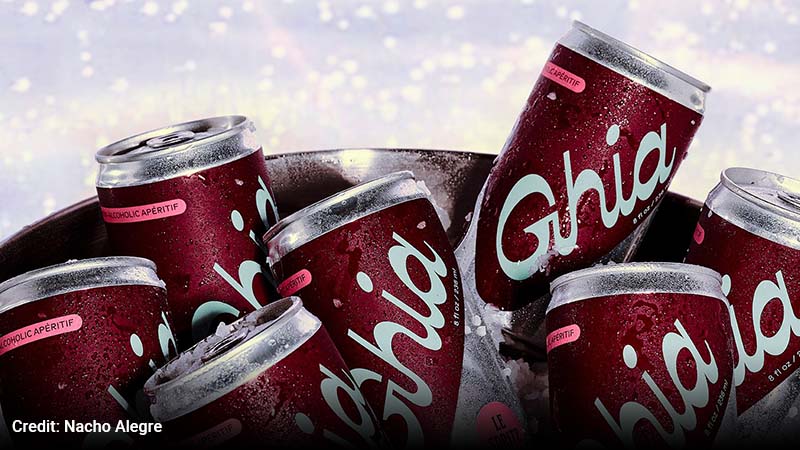 Ghia has found an audience quickly. In just the past year, Ghia was able to establish 500 stockists — 100 on-premise and 400 retailers — and get into fast-delivery platforms like GoPuff in Los Angeles.

Wine lovers also have NA options, although creating an alcohol-free wine that isn't basically grape juice may seem like quite the challenge. However, Ryan Hanson, CEO of Surely Wines, decided to take on this formidable task. Sourcing only organic California grapes, Surely's team of winemakers creates alcoholic wine in the traditional method and then removes the alcohol, bringing the wine down to less than 0.5% ABV, which is the technical limit of any beverage that is labeled as non-alcoholic.

Hanson's vision was to come up with a product that would allow non-drinkers like himself to feel more comfortable in drinking environments – and not have to explain themselves. The brand also targets wine lovers who don't want to deal with the headache and wasted day after a night of indulging.

“So much of my own personal experience has been feeling excluded when you are the only one not drinking. And just because you aren’t drinking doesn’t mean you want water. We aren’t anti-alcohol – we are just pro more choices that everyone can enjoy,” said Hanson. 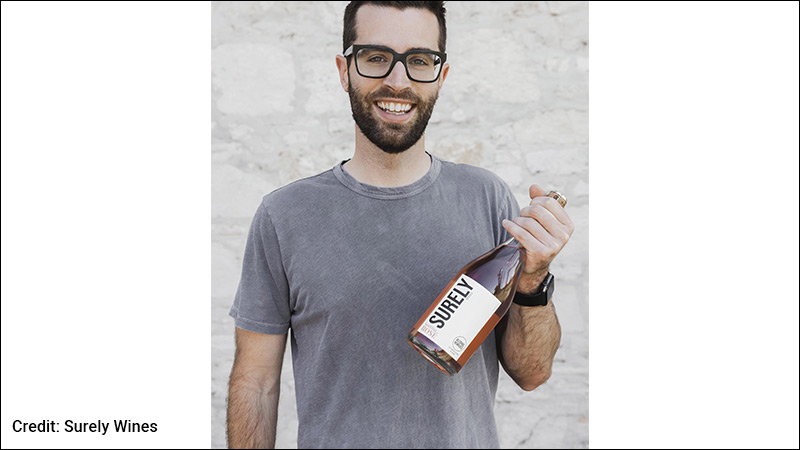 So far, the NA wine brand is mostly selling via their online shop, but they've reached customers all over the spectrum, including the cast of Broadway play Wicked, who reached out to Hanson to say how much they appreciated the product.

Hanson adds that distribution is a key driver in the continued growth of the NA beverage market. As more grocery stores and bars start to offer NA brands, “the more adoption we will see. The success of other NA brands brings awareness to the category and helps create a psychological shift with consumers where it feels normal to order a non-alcoholic beverage. Not having to sacrifice on the taste experience is so critical to reducing the stigma of ordering a non-alcoholic drink. You ordered it because it tastes good. No other explanation needed,” said Hanson.