Nobody understands women like women. That’s why many of the best companies creating products for women are female-founded.

The number of women getting funding and launching companies has drastically increased over the past few years, and continues each year on its upward trajectory. In the United States, women make up 36 percent of business owners and the share of venture capital going to female-founded startups tripled between 2005 and 2017.

While women have gained significant ground on men in entrepreneurship, female founders are still underrepresented in “traditionally male” industries like tech or finance and are more commonly associated with fashion or beauty.

Despite obstacles, women are still creating incredibly innovative products across all industries. Here are five of the best products founded by women for women that also demonstrate the scope and success of female entrepreneurship.

Founded in October 2016 by Audrey Gelman and Lauren Kassan, The Wing is a popular co-working space and club for women. Although today The Wing boasts 10,000 members and a network of locations in New York City, Washington D.C., Chicago, San Francisco, Los Angeles, and Boston, two years ago, it was just an idea in Gelman’s head.

While living in Brooklyn, but working in both SoHo and Washington D.C., Gelman always wanted to go somewhere in the city where she could freshen up and relax between meetings. So, along with co-founder Kassan, she made it a reality.

Women have to apply for membership to The Wing and the waitlist is now fairly long. Once inside, the space is shiny and Instagrammable. There’s a cafe serving avocado toast, an area for hosting weekly book club meetings, and a large calendar on the wall detailing the month’s community events (e.g. astrology-themed cocktail nights).

It’s exactly what Gelman wanted: “a women’s-only organization focused on providing its members a collaborative space to work, socialize, learn, and seek shelter from the chaos of their daily professional lives.”

And as it turns out, it’s exactly what professional women wanted too.

Sallie Krawcheck was a Wall Street legend. Despite her father sending her to secretary school, Krawcheck went on to hold top executive positions at Bank of America and Citigroup.

In 2011, everything changed. Krawcheck was suddenly and publically dropped from Bank of America, but “the experience,” she says, “inspired her to endeavor to reshape how women are perceived in finance.”

She realized that money was the key — if women had money, then they would have more power; they would be more equally represented on Wall Street and elsewhere. So in 2016, she stopped thinking and started making.

Ellevest is an investment platform for women, designed to teach ladies interested in finance how to “invest like a woman.”

When it comes to investing, Ellevest has found tangible differences between the approaches of men and women: “Women are more risk-aware and prefer less volatility and more certainty of achieving their goals to taking big bets that may or may not be accompanied by greater investment returns.”

By closely observing women’s investment habits, the Ellevest founders have created a platform that emphasizes women reaching their financial goals; not outperformance of an “arbitrary benchmark.” The algorithms and programs were built from the ground up to be utterly personalized, and the user interface is simple and engaging.

When it comes to fitness trackers, Fitbit really runs the market. But what if you don’t want a chunky, black, watch-type device around your wrist?

Bellabeat is an elegantly designed fitness aid; with both style and practicality in mind, Bellabeat looks more like a diamond-encrusted bracelet than a fitness tracker. It can be worn as a necklace, a clip, or a bracelet depending on your outfit each day.

Its functionality is more geared toward women than the average product as well. Bellabeat tracks the activity, sleep, and menstrual cycle of its wearer, helping with meditation and stress too.

The device itself has no buttons or screen and channels all of its data straight to a personalized app profile. Users can find information about sleep duration and quality, calories burned, stress sensitivity, fertility, and more.

The company was founded in 2013 by Urska Srsen and Sandro Mur, and currently houses its headquarters in San Francisco.

Bumble was created with one key difference from other dating apps: Women message first. Giving women the power in this Tinder successor was actually the idea of Tinder co-founder Whitney Wolfe Herd, who left the company and sued for sexual haraassment and discrimination in 2014. Herd went on to launch Bumble in December of that year.

A letter on the Bumble website explains the impetus: “It was 2014, but so many of the smart, wonderful women in my life were still waiting around for men to ask them out, to take their numbers, or to start up a conversation on a dating app. For all the advances women had been making in workplaces and corridors of power, the gender dynamics of dating and romance still seemed so outdated. I thought, what if I could flip that on its head? What if women made the first move, and sent the first message?”

Everything from the product to its advertising is about giving the power to women. Billboards for the app read “Be the CEO your parents always wanted you to marry” and “We’re not playing the field, we’re leveling it.” Herd wanted her dating app to empower women both online and offline — and it seems to have worked.

Bumble is the fastest-growing dating app in the U.S. and has been valued at $1 billion. And it is just one of many ventures for serial entrepreneur Whitney Wolfe Herd. Since Bumble, she has launched a Bumble offshoot, BFF, which helps women find friends, and Bizz, a career networking app for women.

The DivaCup was founded by mother-daughter duo Francine Chambers and Carinne Chambers-Saini. It has been around since 2003, when the company was run out of the basement of the Chambers’s home.

Suffice it to say, the operations have expanded exponentially since — DivaCups are now sold in 22 countries and form a significant portion of an industry predicted to value at $1515 billion by 2023.

The DivaCup has been so successful because of its viability as a more comfortable, more environmentally-friendly alternative to pads and tampons. The cup is relatively inexpensive and can be left in for four to 12 hours before it is cleaned and reused.

A key benefit for women is that owning a menstrual cup means you’ll never be caught without sanitary supplies — this is particularly useful for women who are constantly traveling for work.

It took time for the menstrual cup to become widely accepted. Now that it is, the Chambers are happy to be making progress on their mission of “dedicating their lives to improving the menstrual care game … [creating] a user-friendly, environmentally responsible and reusable period product that could be easily accessible around the world.”

The entrepreneurs also have a charitable arm, DivaCares, to help provide access to period products for those in poverty. 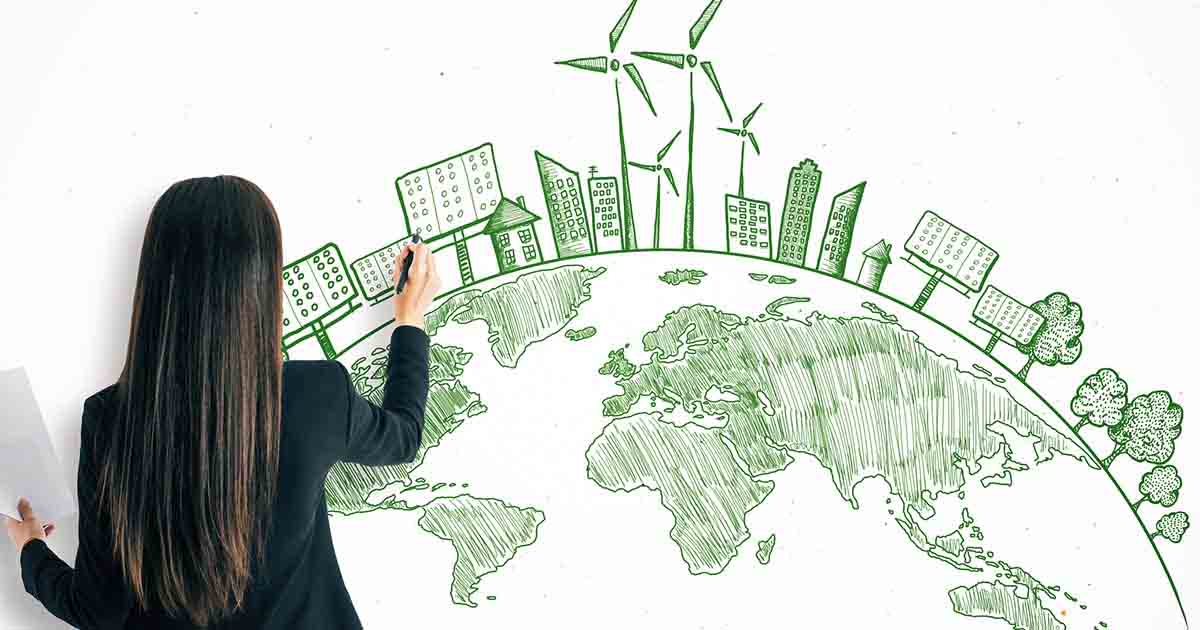 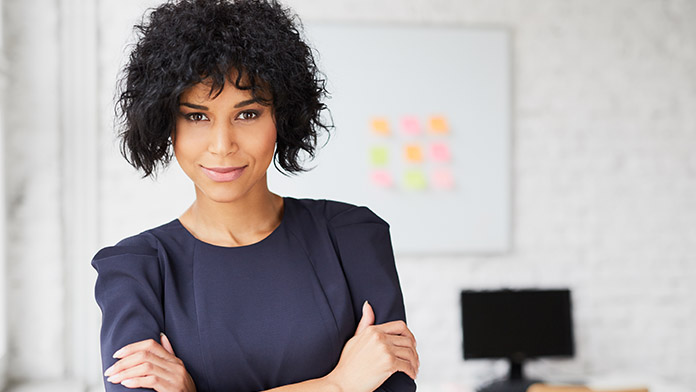 Who are the Most Successful Women Entrepreneurs? 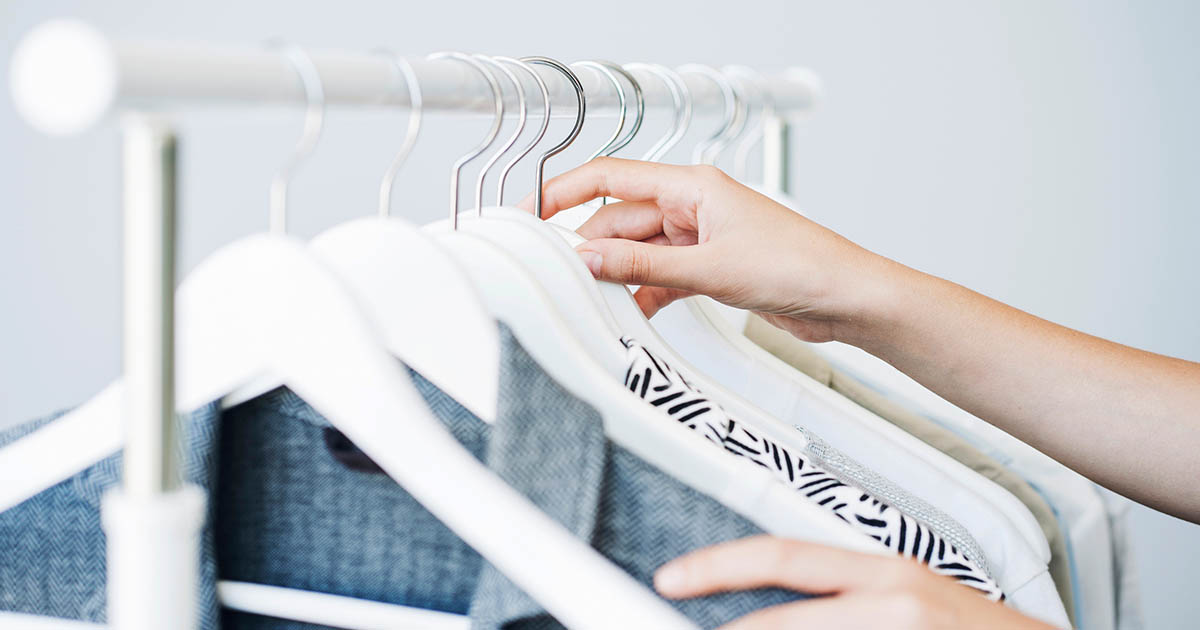