During a long day of work, sometimes you just need a quick snack or a beverage to break apart the time. Though it may feel more natural to reach for a soda or a coffee, we have a different recommendation for you: tea.

Drinking tea has a long list of health benefits like keeping our bodies young and healthy with its antioxidants, soothing digestion, boosting the immune system, and even improving our smiles.

For female entrepreneurs looking to improve their moods, focus, and productivity, here are a few different teas to stock up on.

Green tea and black tea originate from the same plant species (Camellia sinensis), but the way the leaves are processed for green tea makes the leaves “green” instead of “black.” Though the flavor profile varies, green tea usually tastes vegetal, grassy, earthy, and slightly bitter.

In addition to various long-term benefits, green tea can help entrepreneurs on a daily basis by enhancing the brain’s cognitive function, in particular, the working memory. Also, green tea has a strong calming effect which can be useful for people battling stress.

You can either buy loose leaf tea or (potentially more convenient) teabags. For both preparation methods, it is not recommended to add milk or sugar after as it damages the flavor profile. You can add a stick of cinnamon and a slice of lemon for more taste.

Typically using a green tea base (though white or black tea can also be used), jasmine tea is a type of tea scented with the aroma of jasmine blossoms. Its flavor is slightly sweet and very fragrant.

There are several properties of jasmine tea that improve brain function and make you feel more alert and energized, while also improving your short-term memory. One of the tea’s amino acids is an inhibitory neurotransmitter that puts you into a relaxed and attentive mood.

Use high-quality leaves and steep them anywhere from two to four minutes (depending on how strong you want the taste). Jasmine tea tastes good without anything added, but can be enhanced by a splash of honey, mint, or lemon juice.

One of the teas on this list you may not have heard of before, ginseng is a potent natural herb tea which — unlike the other teas on this list — actually does not contain tea leaves. The tea is an herbal tea infusion made from the ginseng plant root. There are two main types: the American ginseng and the Asian ginseng.

You can buy ginseng tea bags, which are usually infused with other flavors, or you can prepare ginseng yourself by peeling the ginseng root and making seven or eight slices. Coat the slices in honey and then let them sit for 15 minutes before steeping them in boiling water for 5 to 10 minutes.

Also originating from the Camellia sinensis plant, black tea is slightly more oxidized than green tea and generally has a stronger flavor. Its distinct taste is often described as dark and malty.

Black tea is great for improving focus. The mix of caffeine and an amino acid called L-theanine improves overall alertness. The amino acid also causes relaxation and better focus. Black tea is often viewed as a better alternative to coffee because it serves as a more stable source of energy.

According to Healthline, “Peppermint is an aromatic herb in the mint family that is a cross between watermint and spearmint.” When made into tea, peppermint has a delicious flavor and recognizable, minty scent.

Peppermint tea helps soothe a lot of everyday problems, such as digestive upsets, clogged sinuses, menstrual cramps, and seasonal allergies. It can be a useful sidekick in the office as it relieves tension headaches and migraines, improves concentration, heightens energy, improves sleep quality, and even helps freshen your breath.

One of the other pros of peppermint tea is that it is easy to prepare — and because it’s caffeine-free, it can be enjoyed at any time of day. Simply steep the tea for around seven minutes and add honey if you want a touch of sweetness.

Ginger has a long history as a traditional herbal medicine in Asia. Brewing the ginger root creates ginger tea, an Asian herbal beverage that is neither sweet nor savory and pairs well with citrus flavors.

The ginger root has powerful anti-inflammatory and antioxidant effects, which means that the tea can be useful in helping digestion, reducing nausea, alleviating headaches, and protecting against colds. Ginger tea can also increase productivity through improving brain function in both the short and long-terms.

If you don’t want to buy tea bags, you can make your own ginger tea at home using four to six thin slices of peeled, raw ginger, two cups of water, lime/lemon juice, and honey/agave.

Made from the stinging nettle plant, Urtica dioica, nettle tea is an herbal ‘tea’ with a rich, earthy taste. It is considered to be one of the best herbal beverages for health and wellness.

Drinking nettle tea can reduce pain and inflammation, treat hay fever, lower blood pressure, fight infections, and relieve pain. It may not promise immediate focus or memory improvement like some of the other teas, but nettle tea does keep your body strong and healthy.

Though you won’t find it in many stores, you can order nettle tea bags off the internet. Otherwise, you can prepare it yourself by boiling one teaspoon of fresh or dried nettle (which makes one cup of tea). Steep 5 to 20 minutes in boiling water. Don’t consume more than four cups a day.

According to Healthline, cinnamon tea is “made from the inner bark of the cinnamon tree, which curls into rolls while drying, forming the recognizable cinnamon sticks.” The curls can then be boiled in water or ground into a powder used for tea.

You can either buy tea bags and steep them for several minutes, or buy cinnamon sticks and make the tea yourself. Use 1½ cups of water and a single cinnamon stick. Then, boil the water and let it steep for around 15 minutes before straining the tea. 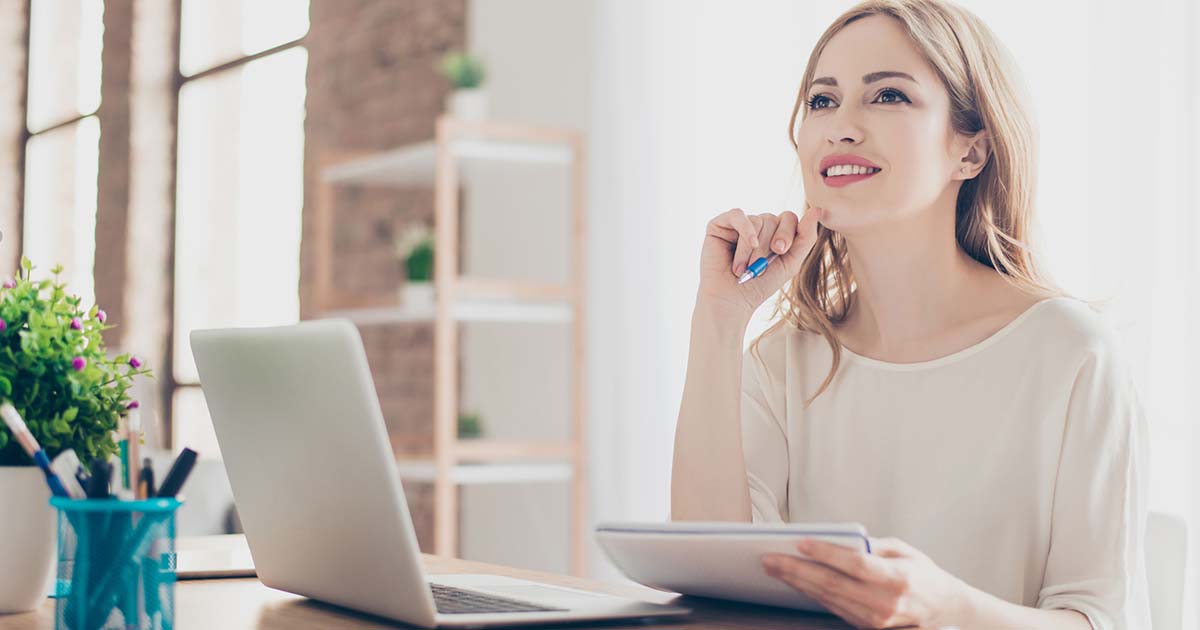 8 Reasons Entrepreneurs Should Keep a Journal 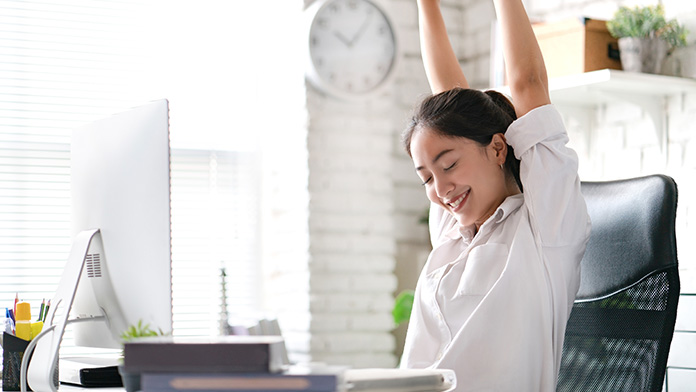 How to Fit Self-Care into Your Daily Routine 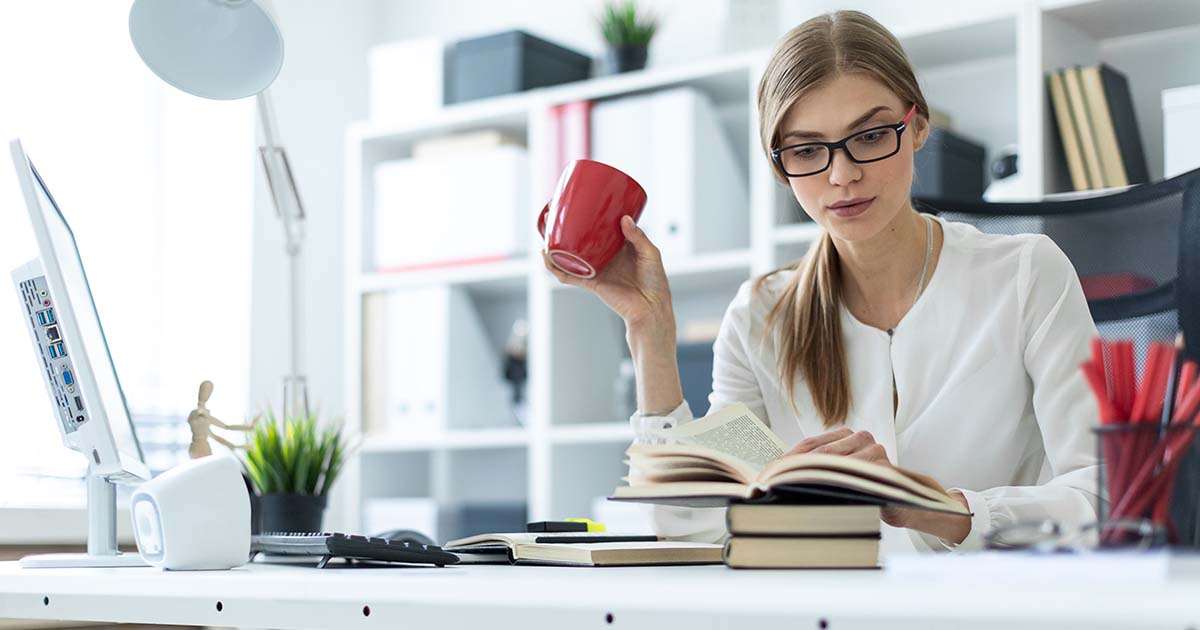 How Reading Leads to Success for Entrepreneurs