Best Startup Cities in the US

When coming up with US hubs for startups, it could be easy just to choose the biggest cities in the US. Instead, we used Startup Genome's 2021 Global Startup Ecosystem as a base point to help give you the best opportunity to find the support you need.

Although the list only includes cities in the US, it gave us a great starting point to understanding what makes a city good for startup culture.

Below is our list of the best cities in the US for startups and a brief background on what makes each unique.

There is perhaps no more well-known startup city in the US than Silicon Valley. The Bay Area is the global epicenter for tech innovation and has been for decades. This area is home to some of the most iconic tech companies in the world, including Apple, Google, and Facebook. The Valley is also a great place to be a startup because of the amount of funding that's available. In 2021, Silicon Valley startups raised a total of $105 billion in venture capital.

There are also a ton of resources available for startups in Silicon Valley. In addition to the wealth of VC firms, there are accelerators, incubators, and coworking spaces galore. The downside to Silicon Valley is that it's an extremely competitive environment. If you're not used to working in a high-pressure environment, it might not be the best place for you.

Read more about what makes Silicon Valley/Bay Area one of the best cities for startups!

Startup founders looking for the best networking opportunities will have plenty of people to rub shoulders with in the most populous city in the entire US. New York is home to more than just Wall Street — it's also a thriving center for tech and startup culture. People of all backgrounds and education gather here to make their entrepreneurial dreams come true.

Some of the biggest startups in the world are being acquired in New York, including Jet and Paribus. Jet was acquired by Walmart, and Paribus was acquired by Capital One. The city has many burgeoning boroughs, making each part unique and perfect for any kind of entrepreneur.

Read more about what makes NYC one of the best cities for startups!

While many people might not think of Boston as a startup and tech hub, the city has a lot to offer entrepreneurs at any level. The city is home to over 100 colleges and universities, which means there's no shortage of talent, and living here means your startup will have direct access. In addition, Boston has a strong VC presence with many firms headquartered here, such as Polaris Partners and Battery Ventures.

The city is also very supportive of startups, with programs like the Mass Challenge accelerator that has helped over 1,300 companies since 2010. Startups in Boston raised a total of $13.45 billion in VC funding in 2020. One of the best things about startups in Boston is the collaborative environment. Because the startup community is still relatively small compared to other cities, founders are more likely to help each other out and you'll grow your networking circle quickly.

Read more about what makes Boston one of the best cities for startups!

As the second most populous city in the United States (behind NYC), Los Angeles doesn’t exactly fly under anyone’s radar. Still, L.A. probably doesn’t jump to the front of your mind when considering the best American startup cities.

Similar to Silicon Valley, Los Angeles has a very high concentration of engineering students and graduates, making it an excellent location for tech startups. Compared to the Bay Area, L.A.’s cost of living isn’t nearly as steep — in fact, average housing costs are about half that of San Francisco.

There are tons of major companies based in L.A. (SpaceX, Snapchat and Riot Games to name a few) as well as incredibly diverse social demographics. If you’re looking for a sun-soaked city with a robust startup culture, L.A. is a great place to start.

Read more about what makes LA one of the best cities for startups!

With lots of rain and plenty of green space,  Seattle is a nature lover’s dream city. The Emerald City is also the perfect place to start a business, and the area received a total of 3.8 billion in funding between 2019 and 2021. Although those numbers might not reach Silicon Valley levels, there also isn't nearly as much competition either.

You'll also find some of the biggest startups in the world are made Seattle their home, including Amazon, Starbucks, and Nordstrom. The University of Washington is located here, meaning the talent pool is deep. The city also has a lower cost of living compared to some of the largest cities on this list, which is always attractive to entrepreneurs.

Read more about what makes Seattle one of the best cities for startups!

As our nation's capital, it's no surprise that DC is a hub for startups and young entrepreneurs. The city has been growing rapidly over the past few years, and there are now more than 2,000 tech startups in the area.

Startups looking to call Washington, D.C. home will be privy to some of the nation's most influential people. Getting support from members of Congress can help you get your business off the ground. Because there isn't as much competition as you'd expect from places like New York or San Francisco, the ecosystem is prime for collaboration.

Often referred to as the second city, Chicago is well known for its deep dish pizza and cold winters. But the city has a lot more to offer startups than food and weather. The population is large, and there is a ton of diversity in Chicago so you'll find people of all backgrounds and experiences here.

Chicago is home to 18 Fortune 500 companies, which provides ample opportunity for partnerships and networking. The city also offers direct flights to just about anywhere in the world, making it easy to get out and pitch to investors. And if you're looking for a lower cost of living, Chicago should be at the top of your list — it's cheaper than New York, San Francisco, and Boston.

Feeling inspired? Learn how to launch your company with our guide on how to start a startup.

Texas’s state capital has become one of the most sought after cities to work in, both for startup founders and their employees. Austin’s cost of living is very low compared to other major American cities.

Austin has access to an educated workforce, as the University of Texas’s flagship institution is located in the city. It’s also home to a thriving arts and music scene, which means that many Austinites are both highly educated and highly creative.

When it comes to taxation, it’s the best of both worlds for startups and their employees. There’s no state income tax for individuals, and no corporate tax for businesses. No wonder Austin is such a popular spot to launch innovative new companies!

San Diego’s a unique city: it’s not as crowded or costly as Los Angeles, but it’s definitely more expensive than Sacramento. The city’s best known for its amazing weather and spectacular ocean views — but it has plenty to offer entrepreneurs as well.

The San Diego area is home to tons of incubators, accelerators and investors — there’s a constant flow of money surging through the city’s startups as everyone looks for the next big thing. San Diego also has low startup costs, and the job market is not as fiercely competitive as San Francisco’s.

Between the startup-friendly atmosphere and overall high quality of life, it’s no wonder San Diego is becoming such a popular destination for entrepreneurs and employees alike.

With very low corporate taxes and affordable fees, Atlanta is quickly becoming one of the best cities for startups. You'll have several major schools like Georgia Tech, the University of Georgia, Vanderbilt, and Emory to draw employees from, and the city’s cost of living is lower than other large cities.

Once held as one of the best-kept secrets in tech, Atlanta is starting to become one of the leaders of the startup movement. There is a surge in capital investment up to $2.1 billion with $1 billion of that money in 2021 alone. The city is also a huge hub for black colleges like Morehouse and Spelman, so diversity is at the forefront of the burgeoning startup scene.

Denver has been at the center of national news in the last decade, and the influx of new money coming to the state has had a positive effect on attracting startups of all kinds. In 2021 they set a record of $4.3 billion invested in over 267 deals. The increase was 170% compared to the last year.

Artificial intelligence, healthcare, tech, and cybersecurity are all industries that are doing well in Denver and Boulder, Colorado. They have hubs for some of the biggest companies in the nation, including Zoom, Facebook, and Microsoft, and you'll find a wealth of new talent coming from the large universities.

Philadelphia is often overlooked by many startups, but it's a city on the rise. They have more than just delicious cheesesteaks for new companies looking for a home base. Female entrepreneurs in particular are finding Philadelphia to be conducive to growing a startup.

The city is currently the fourth best place for women entrepreneurs to raise money, and in 2021, more than 3,600 companies with at least one woman founder were able to receive $54.8 billion. About 930 companies will all women founders were able to raise $6.4 billion.

Also known as the Silicon Slopes, the Salt Lake City area, which includes Provo, is one of the top places for startups to live. Adobe has a permanent home in Utah, and other companies like Ancestry.com and Omniture also have found Utah favorable for startup culture.

The very lost cost of living and even cheaper real estate compared to the other tech hubs on this list make it a desirable place to set up shop. The average salary is also higher in Utah than in other states, which can help you attract top talent to your new company.

Home to some of the largest corporations in the world like  AT&T, Texas Instruments, and ExxonMobil, it's no wonder that Dallas is making a name for itself in the startup community. The lower cost of living and no state income tax is attracting startups of all kinds.

Healthcare startups are especially doing well in Dallas with the recent addition of the new Dallas Innovation District which is a $100 million project to help bring more startups and tech jobs to the city.

North Carolina might not be the first place you think of for successful startups, but the Research Triangle is quickly changing that. With Raleigh, Durham, and Chapel Hill all in close proximity to each other, the area has a lot to offer startups in terms of new talent and high-educated minds.

The cost of living is lower than average and there are many top-ranked universities nearby, including Duke University and UNC-Chapel Hill. The Research Triangle also has a strong focus on sustainable energy, attracting many startups in the cleantech industry. 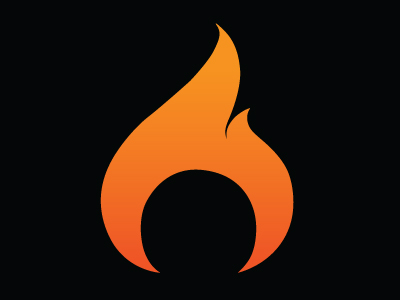 TRUiC’s team of researchers, writers, and editors dedicate hours to ensure startupsavant.com’s articles are actionable and accessible for both startup founders and startup enthusiasts. From launching a startup to growing your venture, you can trust that our information is an up-to-date and reliable source.