Though on the surface it may seem like an unlikely addition to your collection of business resources, Bumble’s business app, Bumble Bizz, is a must-download for all entrepreneurs looking to expand their professional circles.

Networking is a key contributor to success in entrepreneurship, but can be difficult for women facing obstacles like a lack of representation in their respective industries, or simply an inflexible schedule.

Bumble’s Women in Bizz feature offers a unique solution, allowing women to find and explore communities of like-minded professionals — all without leaving the comfort of their own home.

How Women in Bizz Came to Bee

When the Bumble dating app first hit the market in 2014, it turned heads because of its groundbreaking requirement that women make the first move. Now, with 55 million users and a valuation of $3 billion (along with its sister apps), Bumble is the second-most popular dating app in the United States.

Its “Women make the first move” mantra proved successful, but its founders saw the potential to extend female empowerment beyond just dating.

Three years later, in 2017, Bumble launched an offshoot, Bumble Bizz, which looks similar to its matchmaking counterpart. However, instead of populating with potential love interests, it fills with the professional profiles of Bumble’s millions of users.

The goal was to make finding your next mentor, employer, or business partner as easy as swiping through potential matches on a dating app. “This fresh take on networking brings our signature swiping, women-lead app experience to the professional world,” explains the Bumble website.

While the platform provided women with a centralized hub for networking, the app’s creators recognized a large underlying issue stunting the success of women: “A recent study shows that one in five women says they’re often the lone woman present in any given work situation. The same report shows that while women are underrepresented at every level, women of color are the least likely to find their counterparts in boardrooms or c-suites.”

To help women find the communities they often lack at work, Bumble launched Women in Bizz, a feature that allows women to limit their professional networking exclusively to other women.

How Women in Bizz Works

Whether you’re looking to date or network, the first step is downloading the Bumble app, which is how you access all of Bumble’s different services.

As a new user, you can create a Bumble Bizz profile by selecting “Networking” on the first screen which asks you, “So who do you want to find first?” Or, if you’re already using the Bumble dating service, you can easily switch to Bizz by tapping on the Bumble logo and clicking “Switch to Bizz.”

The Bizz mode itself functions very similarly to the dating app, requiring you to start by making a profile. On your profile, you can include up to six photos (maybe showcase some action shots or parts of your work portfolio).

You also have to write a headline of at least 100 characters and an “About me” section, where you have the opportunity to go more in-depth about your experience and goals.

After that, you’re ready to go. You can set your distance and begin swiping through other people’s profiles, matching with those you’d like to message. Like the dating version of Bumble, only women are allowed to message first.

If you’re a female professional looking to connect exclusively with other women, you can toggle on the “Women in Bizz feature” through the settings menu by switching the “I want to network with…” option to “Women Only.” After that, only the profiles of other women will show up as potential matches.

How The App Can Help Your Bizz-ness

There is a lot of research highlighting the many benefits of networking, particularly for women. However, in an article published on Entrepreneur.com, WebPT CEO Nancy Ham explained that while networking is the most important thing women should do for their careers, they aren’t doing it.

A 2018 study by LeanIn.org and McKinsey revealed that women actually network less than men; a problem that SAGE Publishing research explains “is rooted in the fact that most women tend to fall victim to self-imposed barriers — including gendered modesty, the tendency to undersell their value and strengths and reluctance to leverage their connections as a means to get ahead in their careers.”

More than self-imposed barriers, there are also societal factors that stand in the way of networking opportunities for women.

A lack of a professional network can be extremely limiting to female professionals. In fact, a joint study by LinkedIn and Adler Group found that 85 percent of all jobs are filled via networking. If you’re an entrepreneur, the benefits extend beyond job opportunities as socializing can uncover potential employees, investors, mentors, or general supporters.

As for why women may opt for the “Women in Bizz” option, research shows that female professionals building communities of women only can be conducive to career success.

For example, a 2019 study published in the Proceedings of the National Academy of Sciences found that “the most successful female job-seekers from a top-ranked graduate school relied not only on a wide network of contacts, but also on a close inner circle of women who provide support and gender-specific job advice.” Of the highest-achieving women, 77 percent had strong ties with a circle of two or three other women; the lowest-achieving relied on a male-dominated network and weak ties with other women.

This study suggests that networking alone may not be enough to facilitate success for women and that a key component is finding other high-achieving women who can provide support and advice.

Apps like Bumble Bizz with its “Women in Bizz” feature help mitigate the various obstacles faced by women in business. Women are told networking is vital, but have limited opportunities to network. Women need support from other women to succeed, but oftentimes lack places to turn to within their own industries.

Though it shouldn’t be your only source of networking, Bumble Bizz is definitely worth a try for any woman looking for opportunities or support in business. 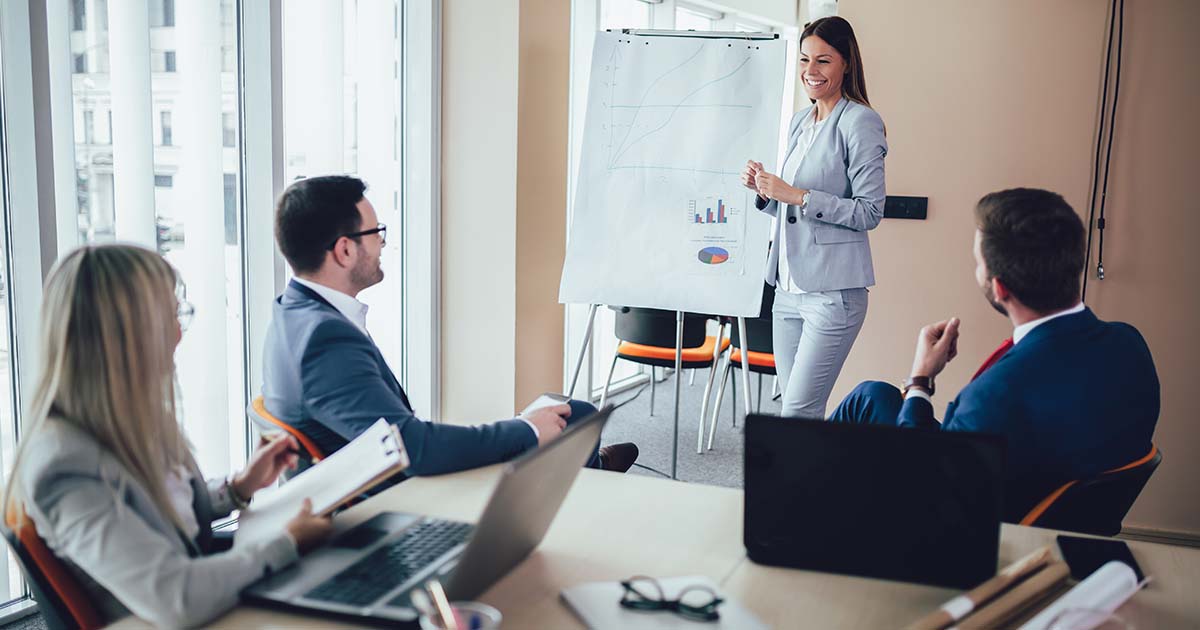 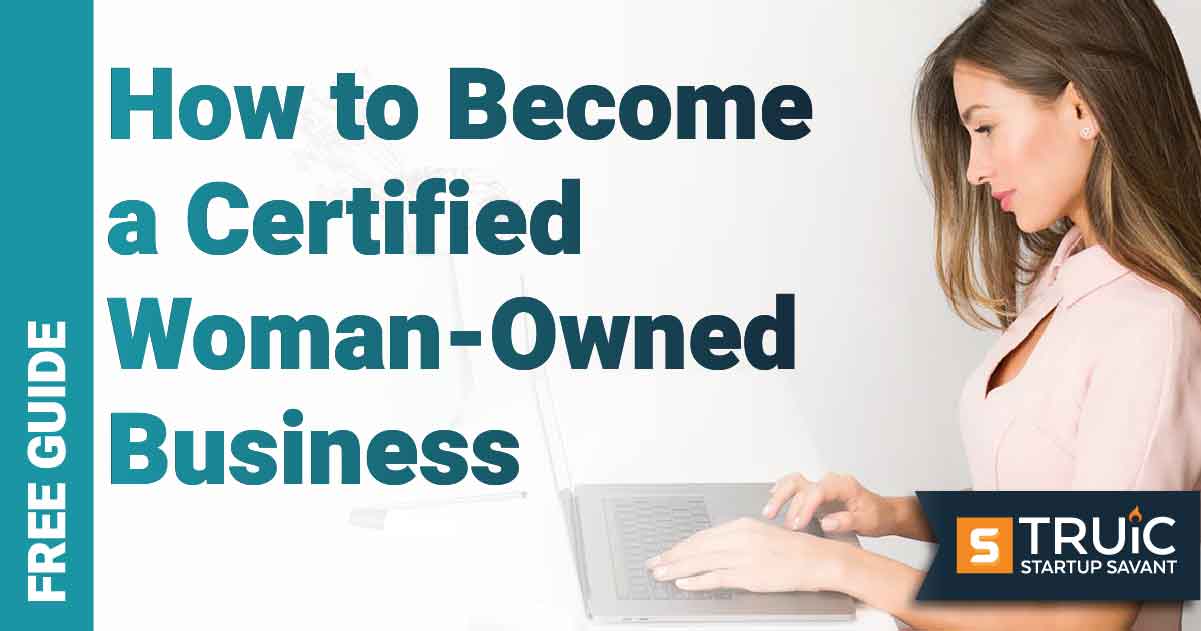 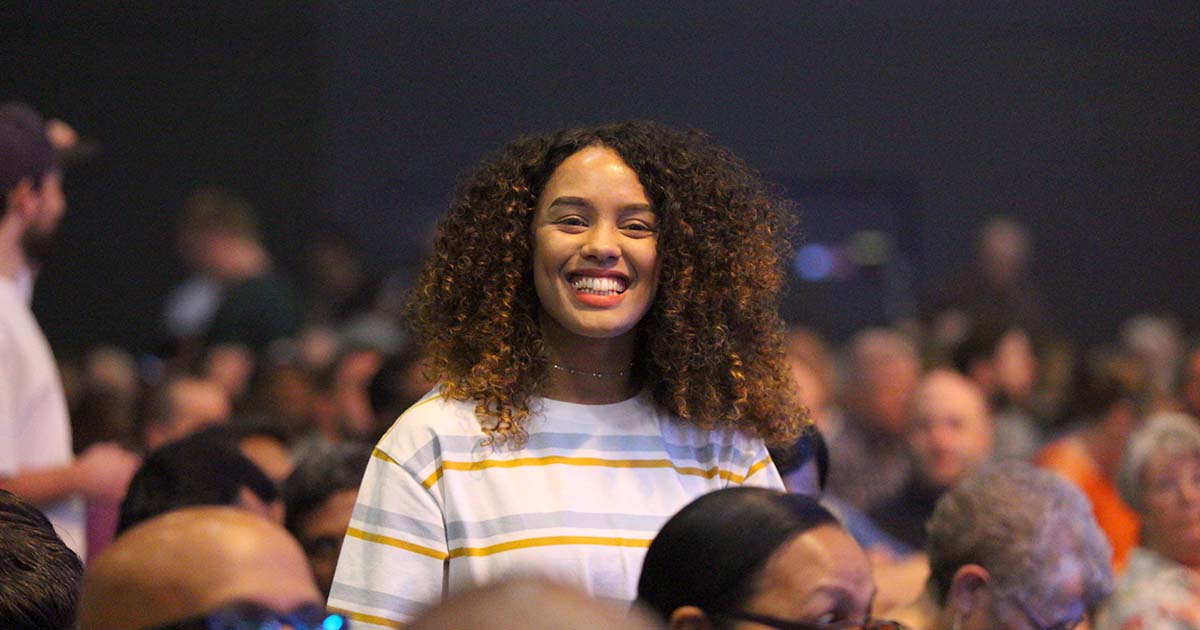 12 Annual Women in Business Conferences to Add to Your Calendar