The Business Deal Is Off

Visa argues it could have concluded the business deal in the end; however, prolonged and complicated litigation would be very time-consuming.

The major finance company announced the $5.3 billion acquisition of fintech company Plaid a year ago. In November last year, the Department of Justice (DOJ) filed a lawsuit to prevent the deal from happening. The DOJ claimed the acquisition would “eliminate a nascent competitive threat” for Visa, and as a result would hinder future startup innovation, setting the stage for Visa to raise prices potentially becoming a monopoly.

In response to the DOJ’s move, Visa said their standpoint was “flawed.”

“We believe the combination of Visa with Plaid would have delivered significant benefits, including greater innovation for developers, financial institutions and consumers. However, it has been a full year since we first announced our intent to acquire Plaid, and protracted and complex litigation will likely take substantial time to fully resolve,” said Al Kelly, chairman and chief executive of Visa.

The fintech sector was on a frenzy in 2020, as consumers got attracted to companies that offer free trading applications and neobanks, boosting fintech businesses.

Plain said it has seen “an unprecedented uptick in demand for [its] services.” Accordingly, its customer base surged by 60% in 2020, bringing its products and services to more than 4,000 clients. Supposing that there was a moderate net dollar retention amongst the startup’s clients, the business could have expanded by triple-digits in 2020.

Looking at the big picture, the call-off in the Visa-Plaid deal might suggest that other fintech companies that are looking for merger & acquisition (M&A) exits are likely to face similar regulatory hurdles. Put differently, the DOJ might have decided to reduce the chances for M&A exits for fintech startup companies.

In that case, business valuations of such exit paths are likely to drop. As such, venture capital activity in the fintech sector could also be affected, as well as the price at which these fintech startups can raise funds.

While the initial announcement of the Visa-Plaid acquisition was seen by fintech startups as a signpost to help secure funds at higher valuations, the call-off might actually prove the total opposite.

The merger between Visa and Plaid has been called off following DOJ’s efforts to block the deal. The latter said its customer base surged by 60% in 2020 amid the surge in demand for fintech products. 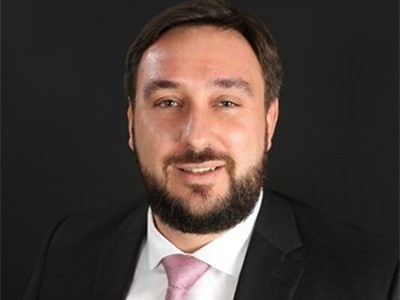 Luigi Wewege is the Senior Vice President, and Head of Private Banking at Caye International Bank. Outside of the bank, he serves as an Instructor at the FinTech School which provides online training courses on the latest technological and innovation developments within the financial services industry. Luigi is also the published author of: The Digital Banking Revolution.