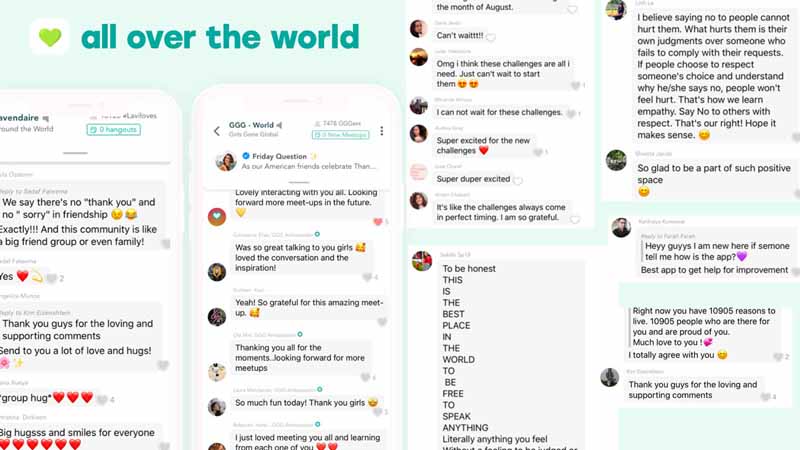 Through its social app, the tech startup has developed a community platform built so content creators can better monetize and gather fans. The startup will allow the creator to engage users by setting challenges for fans to participate in alongside the creator. The challenges on the app can range from dance or fitness goals to makeup and style ideas depending on the creator’s focus. The company does not operate under the same business model as OnlyFans, where content is paywalled out, but instead offers premium options for its app users where the content creator will interact and engage with the fans. This heavily reduces the reliance on constantly putting out new videos or TikToks.

The company makes their own money through a business model focused on premium membership payments and in-app purchases such as rewards programs and social currencies. Vibely is available as an app on iOS and Google Play.

The company has already seen strong growth numbers as well, with the startup bringing in traction despite no strong business investments in user growth. In fact, after the company launched a creator house with popular TikTok creators, business picked up significantly. The startup now has over 600 different unique communities, nearly 400,000 total messages sent, and an incredible 37,000 challenges completed.

In Vibely’s seed funding round, the startup raised $2 million. This initial funding came from a variety of major names in the content and tech world, including Steve Chen, Justin Rosenstein, Scott Heiferman, Turner Novak, and several others. This funding will go toward simply growing the company, especially as new business continues to roll in. Some of it will likely also go toward ensuring strong moderation of comments and content on the app, though as of right now, there are no clear plans in place.

When commenting on the nature of the app, Vibely Co-Founder Teri Yu said, “Most people in the creator economy are thinking about how to immediately monetize and get that instant gratification of like money here. We’re focusing on long-term strategic communities.”

Given the already strong growth of the company and the new business connections and funding, Vibely looks primed to see even more success following this latest round. This will be especially true as creators begin to see their own business and revenue pick up alongside the app.