Who Is in the Race?

Until now, there has never been more money invested in vaccine development as billions of dollars are being spent to produce a vaccine that could help beat the coronavirus, with the US, China, and Europe as the biggest investors.

Experts think that the first safe and approved vaccine will emerge from the US, Europe, or China as those countries provide the largest financial support in human trials. At the moment, six coronavirus vaccines are in the final stages of human trials, including three from China — two developed by state company Sinopharm and one from the private Chinese firm, Sinovac Biotech.

In the western part of the world, one vaccine is from the UK, which is being developed in partnership between the University of Oxford and drugmaker AstraZeneca; two are from the US — developed by Pfizer and BioNTech together, and Moderna.

That those firms managed to reach the final phase of trials within six months after the virus discovery is outstanding. It’s a process that usually takes a minimum of six years, according to Professor Adrian Hill, director of the Jenner Institute at Oxford University.

Given the pressure and time constraints that are hampering the development of the vaccine, chances of setbacks occurring during Phase 3 of testing are always going to happen. The biggest setback so far occurred last week when AstraZeneca and Oxford University were forced to halt all late-stage trials on its COVID-19 vaccine candidate, AZD1222.

A British patient experienced an unspecified illness, which is likely to be a reaction to the vaccine; hence, the trials were put on hold so that an independent data committee can study the safety data. The company said that the examination by an independent data committee is a part of a standard procedure following an unspecified illness during a study.

"People fall ill for a multitude of reasons, and the project team will now be reviewing in depth what is the cause of this person's illness and whether it is linked to having been given the vaccine or not," said Doug Brown, chief executive of the British Society for Immunology.

BMO Capital Markets analysts believe that this setback could easily eliminate AZN from the sprint race. News over the weekend suggested that AZN has resumed trials in the UK.

Elsewhere, Moderna has slowed down the intensity in phase 3 clinical trial testing for its COVID-19 vaccine, mRNA-1273. Media outlets are speculating that the slowdown is likely caused by the need to increase diversity in the clinical trial by reducing the number/percentage of white participants and increase the enrollment of Hispanic/Latino and Black or African participants.

It seems that AZN, Pfizer/BioNTech, and Moderna have managed to position themselves at the front of the line, based on media reports. However, the latest incident involving AZN’s vaccine candidate is likely to eliminate the British pharma giant from the race.

“We expect interim results from both companies’ studies in October (most all of the patients enrolled to date will have received a prime and boost by this time) and anticipate emergency use authorization for select high-risk populations for one or both before year-end,” he wrote in a note to clients.

Farmer adds that the bank sees the approval for broader use would probably not come until mid-2021. Pfizer and BioNTech already have an agreement with the European Commission to provide 200 million doses of its BNT162 mRNA-based vaccine to EU countries, once approved.

Governments worldwide invested billions of dollars in a race to develop a vaccine for coronavirus in under one year, which would be a record time in terms of vaccine developments.

The research teams hope they will manage to develop a vaccine against coronavirus by early 2021, as the BMO analysts believe that Moderna and Pfizer/BioNTech are frontrunners in the COVID-19 vaccine race. 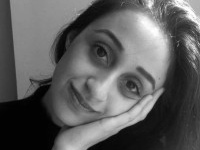 Adriana is a Journalist with a passion for reporting on business leadership, with a diverse interest in multiple industries.