AMD-Xilinx deal is just one of the many massive acquisitions that occurred this year in the chip industry. As a result of the deal, investors that own Xilinx’s shares will receive 1.7234 shares of AMD stock per Xilinx share, or $143 a share. Owners of AMD shares will get around 74% of the merged company, while Xilinx stockholders will receive the remaining 26%.

In September, the graphics processing unit giant Nvidia will acquire Arm Holdings in a $40 billion deal and build an artificial intelligence (AI) research center in Cambridge, England, where Arm is currently based.

Similarly, Analog bought Maxim Integrated Products back in July for over $20 billion. Companies and individuals have been massively investing in technology lately, particularly during national lockdowns in spring, sending demand for computer chips skyrocketing.

“Joining together with AMD will help accelerate growth in our data center business and enable us to pursue a broader customer base across more markets,” said Victor Peng, Chief Executive of Xilinx.

Dr. Lisa Su, current Chief Executive of AMD, will be the head of the new company, while Peng will become its President and be responsible for Xilinx’s operational and strategic growth. Furthermore, a minimum of two Xilinx executives will become part of the AMD board.

The merger is still waiting for regulatory approval as well as approval from stockholders of both chipmakers, but other than that, the deal is scheduled to complete by the end of 2021. Xilinx share price advanced 10% yesterday, while shares of AMD dropped around 2%.

Jim Cramer, the legendary host of “Mad Money,” reacted to the decline of AMD’s stock following the news about the merger. Shares of AMD slipped even though the chipmaker reported strong Q3 results the same day.

“I think AMD still has a ton of upside. You’re effectively getting today’s incredible, magnificent quarter for free,” Cramer said. “At these levels, I think the stock’s a steal.”

The Sunnyvale-based chipmaker reported Q3 revenue of $2.8 billion, 56% higher than the year-ago period, and net income of $390 million, over three times higher than in the same period last year.

Apart from the deal with AMD, Xilinx also announced a new ‘breakthrough’ adaptive radio platform that the company believes will have a major effect on 5G infrastructure build-outs ahead.

The radio platform has high-end, as well as cost and energy-efficient 5G New Radio applications for all 5G low-, mid-, and high- band spectrum where the company’s earlier lines of products have been installed.

"For the first time, Xilinx is providing a wireless radio platform with more hardened application-specific IP than adaptive logic to address low power and low-cost 5G requirements,” said Liam Madden, head of the Wired and Wireless Group (WWG) at Xilinx.

“With the market needs around 5G evolving, integrated RF solutions need to be adaptable to address future standards. Zynq RFSoC DFE provides the optimal balance between that adaptability and fixed-function IP.”

The radio platform features hardened IP cells which demand less silicon real estate and can cut the energy consumption by as much as 80%, compared to Xilinx previous field-programmable gate arrays (FPGA).

The Zynq RFSoC DFE’s flexibility has the potential to substantially slash evolution expenses because of its mixture of hard IP and programmable logic that can be optimized for future 5G applications.

Semiconductor giant AMD is buying its rival Xilinx for $35 billion in shares, representing another mega-deal in the chip industry this year. Xilinx has announced a new line of adaptive radio platforms that could drastically improve 5G applications in the future. 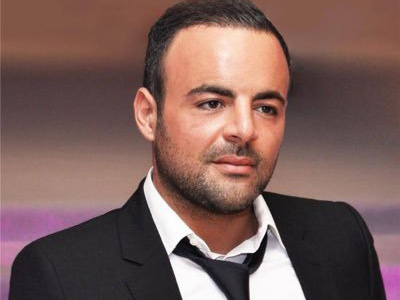 Avi Ben Ezra is the Chief Technology Officer (CTO) and Cofounder of SnatchBot and SnatchApp (Snatch Group Limited). He leads the Group’s long-term technology vision and is responsible for running all facets of the tech business which includes being the architect of the platforms and UI interfaces.