Is It A Good Service To Use? 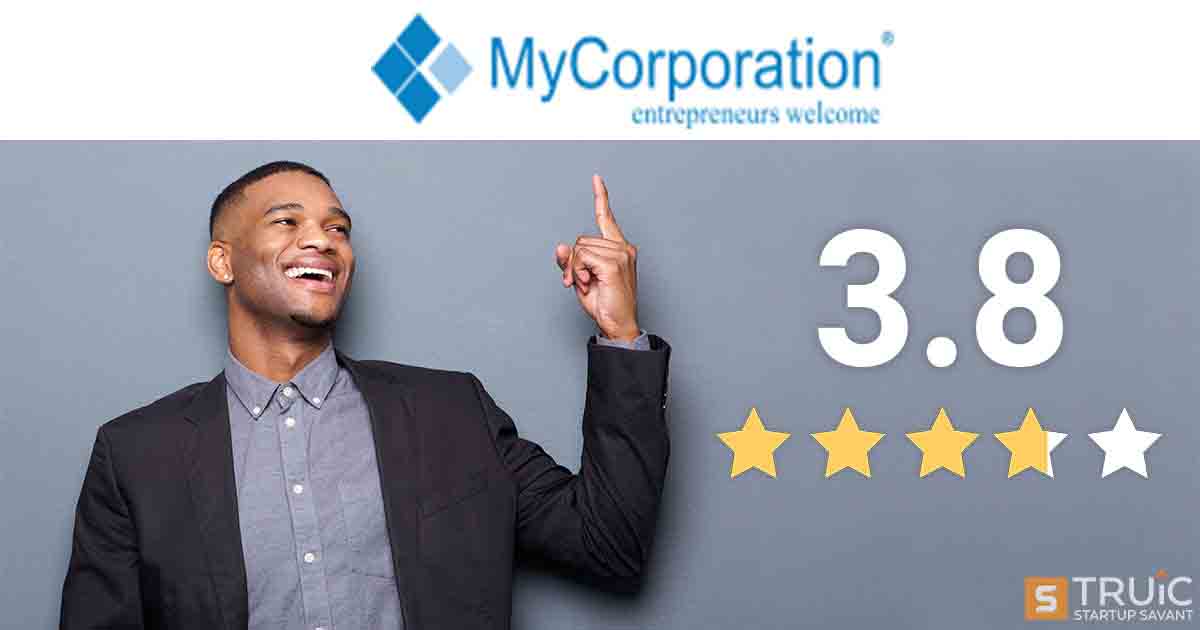 Do you require a DBA or trade name for your business? Maybe you want to lend credibility to your sole proprietorship, open a business bank account, or just use an alternate name — there’s a handful of reasons to want a DBA.

However, it’s tricky to figure out which of the many DBA obtainment providers is right for you. I’ve been there too! As a supplement to your own research, my team and I invested many hours poring over the details of all the major online DBA services.

In this MyCorporation DBA review, we’ll go over the pros and cons, pricing and features, customer reviews and much more. Read on to find out if they’re the best fit for your business!

LegalZoom is a good provider of DBA services due to their brand popularity and their satisfaction guarantee. Read Review

MyCorporation prices their DBA service at the industry standard rate of $99. Take a look at how they break things down on their website:

Most DBA services are largely the same, and that’s the case here as well. MyCorporation offers a standard package including a name check, and the preparation and filing of your forms. Additionally, some states add fees for publication, although in the screenshot above you can see how affordable their DBA service can be in states that do not require publication.

The only add-on feature, aside from a somewhat randomly recommended tax ID (EIN) service, is the “rush service.” With no indication of how much this will speed things up, there’s little reason to throw $100 at it. Of course, you can always call MyCorporation and ask them for state-specific turnaround time estimates, but it would be nice if they gave some indication on their website as well.

MyCorporation has strong customer feedback, with hundreds of reviews and highly positive average scores. Their big selling points with customers seem to be the speed of their services and the helpful MyCorporation support reps.

Conclusion: With criticism in short supply and a large volume of positive reviews, it’s hard to view MyCorporation’s customer feedback as anything other than a pro.

Considering how much time I’ve invested into researching DBA providers, I’ve realized some of them offer more bang for your buck than others. Of course, my goal is still to figure out who hits the sweet spot of pricing and features for your business.

MyCorporation is a top DBA service due to their great customer reviews and fair price point. Still, it’s always smart to keep an eye on the competition, so let’s see how they stack up to my personal favorite, LegalZoom.

Pricing: MyCorporation and LegalZoom have the exact same base rate of $99.

Features: The one major difference is that MyCorporation includes publication fees in their $99 rate, while MyCorporation adds them on top. Keep in mind that this only applies to the select states that require publication to begin with.

Customer Support: LegalZoom’s support team is fairly good and they have extended service hours — 8am-10pm ET M-F, 10am-7pm ET Saturdays — that can be a real lifesaver. MyCorporation’s knowledgeable reps are just a touch more consistent in their helpfulness, and they’re open from 10am to 8pm Monday through Friday.

Experience: With nearly 1 million businesses formed since 1999, LegalZoom’s volume of clients is impressive. MyCorporation is no slouch in the experience department either though, with over 1 million customers served since they opened in 1997. Here, it’s a tie.

Perfect for: Anyone wanting a company with the most popular DBA filing service

Perfect for: Anyone looking to work with a company that has a solid track record

Can I File a DBA Independently?

Absolutely, but it can be a hassle and every state has specific compliance guidelines. A DBA registration service like MyCorporation can handle this stuff for you, leaving you more time for running your company. If you would like to go the DIY route, make sure to read our comprehensive how-to guide.

MyCorporation will refund your money if you are dissatisfied with their services. Just make sure to request your refund within 60 days of your initial purchase, because they won’t honor it beyond that.

How Secure Is MyCorporation?

While they don’t advertise the use of any 3rd-party security services like many of their competitors do, their security certificates look good to me and I don’t see any reasons to be concerned.

Do They Offer Ongoing Support?

Of course! It doesn’t matter if you bought your DBA last week or months ago, the helpful support reps at MyCorporation will do their best to solve any problems that might arise for you.

Should You Use MyCorporation?

MyCorporation gets a score of 4.7/5 in my book. Their excellent customer feedback is reassuring and their pricing is certainly fair. Ready to get started with MyCorporation?That being said, if this doesn’t sound like your perfect fit, check out our Best DBA Filing Services review. Cheers!