The student-founded and led startup was launched by an engineering major with the drive to create a product that would change the way guitarists used pedals. The result: Chaos Audio, the music technology startup founded by Landon McCoy.

“It didn't originally begin as an idea for a startup,” McCoy says. “As an electrical engineering major, I've always loved tinkering with software and electronics.” The result, a guitar pedal and app that brought together a myriad of audio effects and tools for guitarists. “The idea for an app-connected, multi-effects pedal that could substitute for an entire pedalboard became a fun hobby project, and a few months later, we realized how much business potential an idea like this had.”

The Stratus guitar pedal, Chaos Audio’s primary product, is a Bluetooth-enabled guitar pedal that operates more like a computerized multi-tool. Users connect the pedal with an app on their phone, and it acts as a substitute for a number of different guitar pedals while incorporating effects, looping, and tuning all in one easy-to-use tool. The strong support system that the founders have developed through an incubator in the area, TechFarms Capital, and its founder Steve Millaway, has contributed greatly to Chaos Audio’s success.

McCoy describes the target market as “beginner to intermediate guitarists, as well as musicians utilizing other instruments with a quarter-inch audio jack.” Additionally, he says, “we [are] primarily focused on at-home, recording, and/or bar and restaurant gigging musicians who need a versatile effects solution to act as either a pedalboard replacement or a solid and affordable addition to their existing pedalboard.”

Overcoming Challenges and Building a Network

Every startup needs a support system to help them navigate the terrain of entrepreneurship. For Chaos Audio, their network not only helped the company launch — it was vital to the funding and product development needed to bring Chaos Audio and the Stratus pedal to life.

“Our greatest challenge was finding the right people to help guide us. Thanks to a combination of luck and cold-calling, we found out that there was a startup incubator called TechFarms in town,” McCoy explains. “Better yet, the founder of this incubator was Steve Millaway, also founder of Gain Technologies, which he exited from back in 2002. He ended up liking our vision and team enough to invest, and [he] has been instrumental in guiding us through the startup process.”

It is a good thing the student-led startup had the support as it continues to establish itself in the industry and beyond. “We've slowly had to get more organized over time as more and more responsibilities begin to fill up each of our plates,” McCoy says. “What started as essentially a two- [to] three-person garage business has turned into a six-person startup with the need for daily stand-up meetings, multiple calls a day, and consistent [analysis] of how well we continue to work together as a team.” 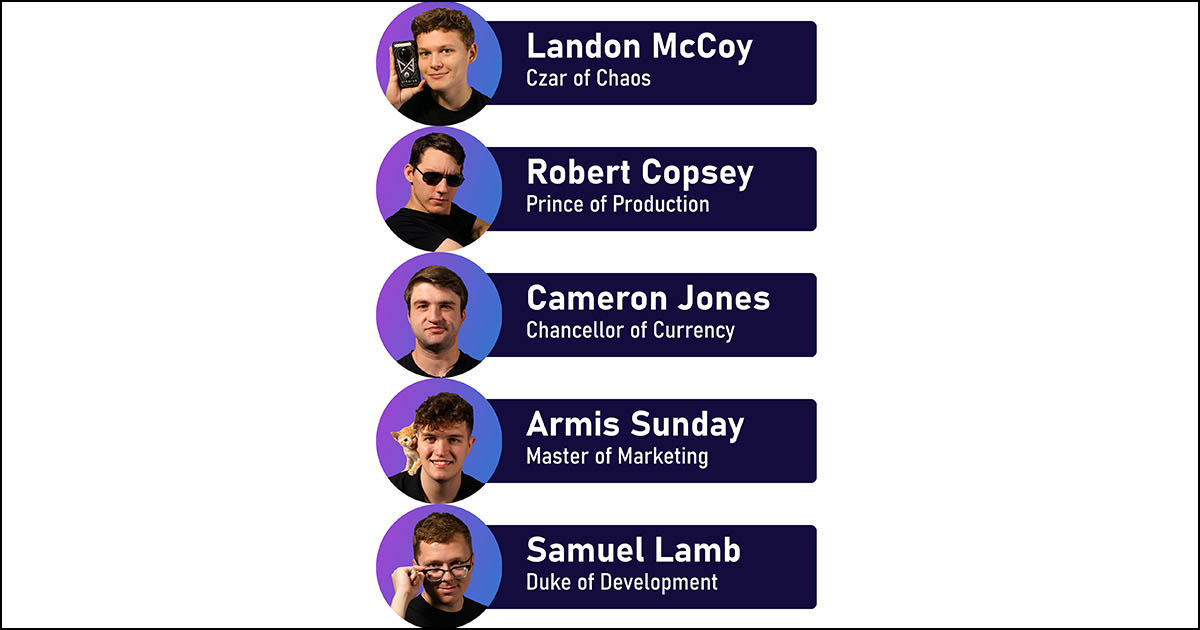 Despite being a relatively young founder, McCoy has had an entrepreneurial drive for some time, he says. “I personally have always been captivated by the idea of starting a tech company. The idea of walking into a retail store and seeing a product that you took from mere concept to reality is absolutely awe-inspiring to me.” McCoy explains, “Combine that with the freedom you get from launching your own successful startup, and it became my absolute dream early on in my adolescence.”

When it comes down to it, the primary objective of the company and its founders is clear: build the best and most useful product possible. As McCoy puts it, “When we build a product that our audience resonates with and continues to use, while also making enough of a margin off of that product to scale, we'll be successful.”

This is best demonstrated by the startup’s postponed Kickstarter campaign that was reissued in June of 2021 after the company retooled its signature product, the Stratus guitar pedal. As McCoy stated, “Word of mouth has been significant for us, and we trust that if we build a really great product that people enjoy, the increase in sales will follow.”