Cold brew coffee has been around since the 1600s; however, the cold brew industry has an expected compound annual growth rate of 25.1% from 2019 to 2025, according to this study. Which means this industry is ripe for growth. And, with more of the population searching for at-home alternatives for everything from coffee to entertainment, now is the perfect time for the cold brew coffee industry.

Bizzy Coffee is seeing this growth firsthand as the number one bestselling cold brew coffee on Amazon. But, like cold brew itself, success has been a slow brewing process, French explains, “We were unlucky for the first five years. I mean, we kept running out of money. I was working 100 hours a week living with my parents. Wasn't working. Super competitive category. We just stuck with it and just didn't give up.” This is the origin story of Bizzy Coffee and their journey to success.

“I was working at a General Mills corporate job in marketing, and I just was looking for a business that kind of had two major attributes. And one of them was search-driven because I wanted people that were already looking for something. And then I wanted it to be consumable,” French explains. However, he wasn’t married to the idea of starting a cold brew company, “It could literally be anything that people are searching for and is consumable. It could have been a toothpaste.”

The idea for a cold brew coffee startup came from being a habitual consumer of energy drinks. Wanting a healthier alternative that could be served on ice, French turned to cold brew. This was the lightbulb moment. It was only 2013. Cold brew’s popularity was still new, and the coffee market was valued at roughly $15 billion — recognizing this opportunity, the idea for Bizzy Coffee was born. “I think there's a big opportunity.” French explains, “I think it's a long-term trend. And I think people are like me: you're going to get sick of spending $5 a day, and they're going to want it cheaper. So that was kind of the gist of it, and then we just started making it and selling it.”

“We actually saw success immediately and then it vanished.”

“We were too successful for our own good, where we started out by doing what, like most people in cold brew coffee did — [we] were brewing it, and then we actually put it into a keg, and we sold it to tech startups,” French explains. This was the first trial of Bizzy Coffee and a successful one at that; however, as the founders would soon recognize — not a sustainable one. Soon, the companies they were selling to stopped ordering due to budget restrictions, “And so then we basically chased opportunities for three years. None of them really panned out until we launched our line of ground coffee on Amazon, and that has been the best seller now for over three years.” 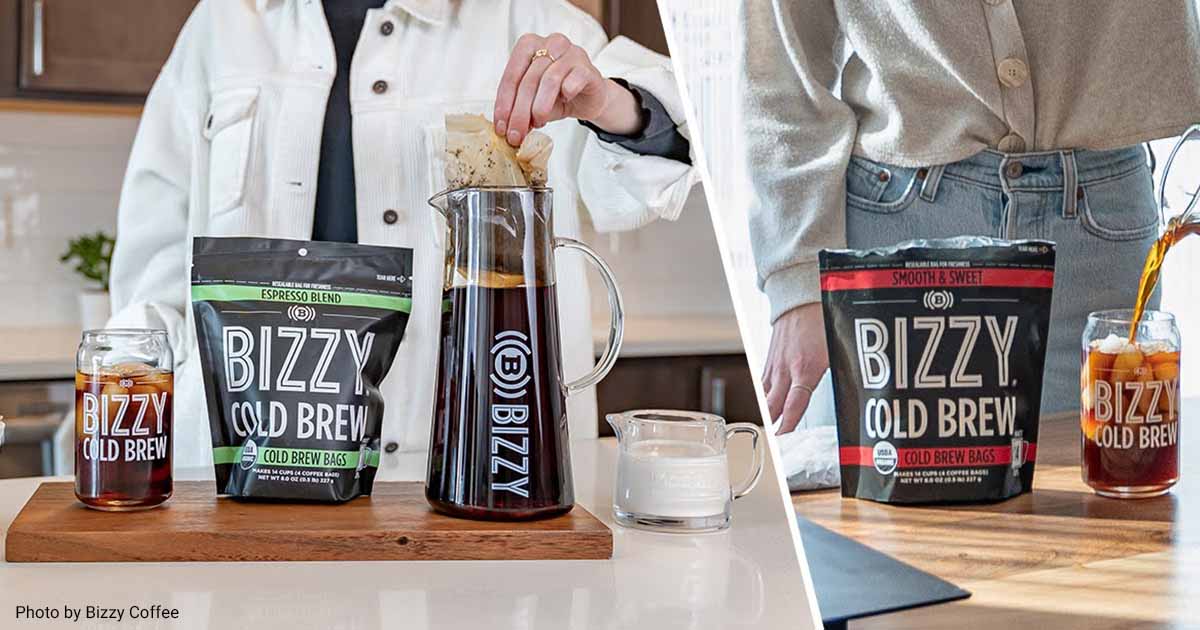 With the coffee, and specifically cold brew, market booming, finding adequate financing proved to be a challenge. “[D]ay one ... my co-founder and I invested every penny that we had. And we pitched every angel investor in the city— no one would invest,” French says. “[W]e had to move in with our parents because we were unsuccessful raising venture capital, as adults, 29 years old, no income living with your parents.” Like many startup founders, the pair exhausted every avenue to fund their startup, from joining a startup accelerator, raising venture capital to taking out SBA loans and loans from Amazon.

Once the COVID-19 pandemic hit, consumers were looking for at-home coffee options more than ever before. It was during this time that Bizzy Coffee really took off. “[O]ur business exploded, and now every investor wants to invest in our business, even though they all told me ‘no, your idea’s stupid. There's nothing different about it. You're just like every other coffee brand.’ And then we just stayed in the game and just kept working, and now it's working.”

As the #1 selling cold brew on Amazon, it is clear that Bizzy Coffee’s efforts are, in fact, working in their favor. The brand isn’t done yet. Their latest project, Busy People, is a campaign that will help increase brand awareness and build a stronger community central to the Bizzy Coffee brand.

“We actually just kicked off a campaign today called Busy People, where we're highlighting really astounding people that are just like us, really focusing on being the best version of themselves.” French explains, “[W]e want to build a community of people that are all on this mission to be the best version of themselves, whether that's a busy mom, a busy musician, a busy entrepreneur, or a busy athlete, it's all about just being the best that you can possibly be.”

One of the biggest challenges French and the Bizzy Coffee team have faced during their entrepreneurial journey, French says, is the demand for cheap coffee. Due to this, coffee farmers and producers are vastly underpaid, sometimes making no profit at all and barely getting by. “It's not so much the coffee industry, it's coffee consumers. It's just, everyone is so price sensitive that you basically have to be the cheapest coffee to succeed.” French explains, “And so because of that, there are terrible things that happen in the coffee industry. Us, being in America, we don't see it, but on the farms and the growers, they're underpaid.”

“A lot of times [coffee farmers] are not even making money on the coffee, they're losing money.”

Furthermore, without fair, standard rates for coffee prices, the problem doesn’t have a viable solution. Those trying to beat out their competitors continue to offer lower and lower coffee pricing, which results in even less of the revenue for those sales being attributed back to the coffee farmers. As French explains, “[T]he people that are actually making the product are impoverished, and there's people at the top that are making tons of money.” With Bizzy Coffee still being a small company, especially compared to coffee giants like Starbucks, making an impact at this stage is difficult. However, that doesn’t stop these founders from looking toward the future, and Bizzy Coffee is ready to make a positive change in their industry and beyond.